Teach Your Child To Say No

on October 22, 2017
Teaching about good touch and bad touch to children throws many perspectives together and confirms our belief that the human race is changing culturally, socially and behaviorally. We are talking a lot about good touch, bad touch nowadays; awareness is running very high, sadly due to brutal cases of child sexual abuses recently.

There is nothing more precious to a parent than a child, and nothing more important to our future than the safety of all our children


We are losing our trust in people, institutions and human goodness. And naturally, parents are losing sleep over the safety issues of children. We even get paranoid on little delays when our child returns late. Statically 87% of sexual assault on children is committed by people or relatives known to them. We mask ourselves so well that we cannot be spotted as a probable candidate for committing a crime. So teaching about good touch, bad touch becomes very important today from a very early age of the child. There could be many reasons for such a rise in gory incidents. 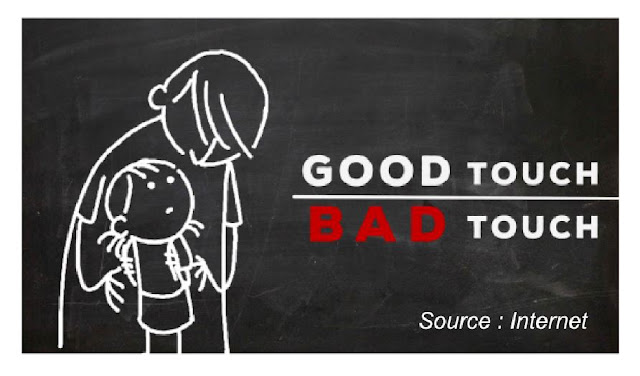 Why Is This Happening?

Is it a new phenomenon?  Wasn’t it happening before … surely it was. But there are some reasons why it was not visible in the past:

Both Parents Are Working ~Woman are equally joining workforce managing dual responsibility of home and work. Structure of society is changing. A child is spending a long time in school and tuitions. As parents are getting busier, kids as young as one are enrolled in play schools. All this has made kids vulnerable to environmental factors.

Joint Family System Is Losing Its Existence~ Initially, the family was staying together, kids had their protection shields in the form of families. People were god fearing and cautious before committing any such act.

Value System Is Degrading ~ Value system of our society is changing; today’s generation is moved by instant gratification, now or never.  Fruits of patients have taken a backseat. Indian value system like respect, patience, forgiveness is losing its sheen. We are not able to pass our value system to the coming generation inappropriate manner.

Culture Of Easy Escape And Instant Gratification~ Easy escape is the norm of the day. We want to run away from the situation, do not want to face problems. And equally, wish to get everything as soon as we desire as if there is genie waiting to fulfill our commands.

No time to ponder on self deeds, media exposure has dulled our analytical power. We are constantly fed with news, reports, and information. We have stopped giving time to our self surrounded by WhatsApp, social media buzzing. We are not introspecting, just living life on autopilot.

Rise Of Social Media~ Social media has proved to be a boon and bane as well. As in the case of sexual assault in Ryan International school, the media went abuzz; this led to speeding alert in all other schools to work on security lapses at the campus but at the same time after few days similar heinous incidents of sexual assault on children were reported in similar circumstances.  So this is how the human mind gets ideas after seeing other incidents. Blue Whale game came to fore thanks to social media, as curiosity got better of some kids to check the game after media buzz over it.

There are always certain myths about any social phenomenon. One of the most common myths is, “It cannot happen to my child”. 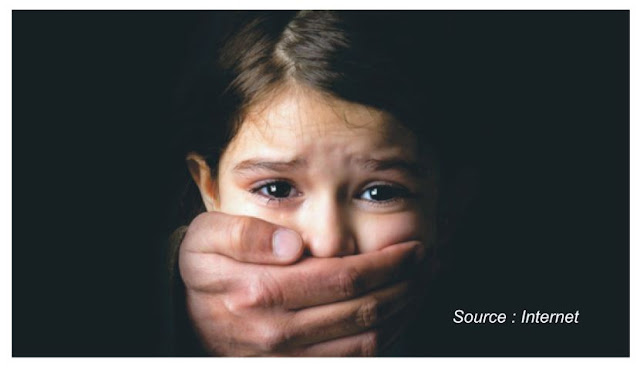 Reality~ Any child, boy or girl below the age of 12 years is equally exposed to the risk of child abuse.

Reality~ Statically every religion, culture, and social boundaries are affected by this.

Reality~ In most of the cases ( almost 70%) a close relative is involved. And other people who have free access to children like teachers, service providers are involved.

Reality~ All socio-economic class is vulnerable to such acts.

How To Teach Children About Safe Touch

This can be taught to even a two-year-old kid by using age-appropriate language. 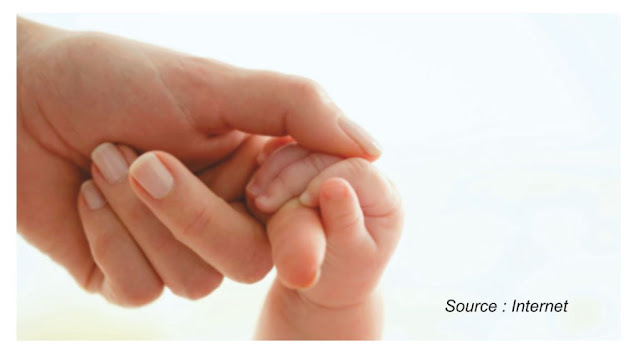 It can be taught in two ways:

What is not appropriate touch and what to do in such a situation.

Various Tools Can Be Used For Easy Guidance Of Good Touch, Bad Touch

Children books – Various useful books are available on the subject which can come as great handy tools to teach children about good touch and bad touch such as:

Children Videos- Useful videos are available on net which can be shown on phone or computers to children teaching about good and bad touch easily.

The website HowToTellYourChild is a platform that provides educators and parents easy tools to teach children through topics like sexual abuse and puberty.

The workshop conducted by Aamir Khan is available on YouTube.

Printouts and coloring sheets- many different worksheets and coloring pages are available on Pinterest which are easily printable and easy to teach kids about appropriate touch.

Certain Points To Be Kept In Mind While Teaching Kids

The topic should be taught every four months- This would work like booster dose, not letting them forget it.

School plays a very significant role in creating awareness about good touch, bad touch. After recent horrific incidents in schools, the school must create a campaign regarding child safety along with tightening security on campus and buses. It is a joint responsibility of parents and school to raise sound citizens of the future. Its high time school takes up such teachings very seriously and imparts education about appropriate touch from play school onwards. You need to understand as a parent what need to ask? The National Council of Education Research, which suggests the center and state governments on school curriculum and textbooks, has said that all its books from the next session of 2018 will carry a list of dos to deal with such cases. It will also provide helpline numbers, brief about POSCO Act (Protection of Children from Sexual Offences) and the National Commission for Protection of Child Rights (NCPCR). The inner side of the back cover of all the NCERT books will have certain guidelines in easily comprehensible language. It will also have certain illustrations about good touch and bad touch. The CBSE had asked schools to conduct psychometric evolution as well as police verification of their teaching and nonteaching staff. 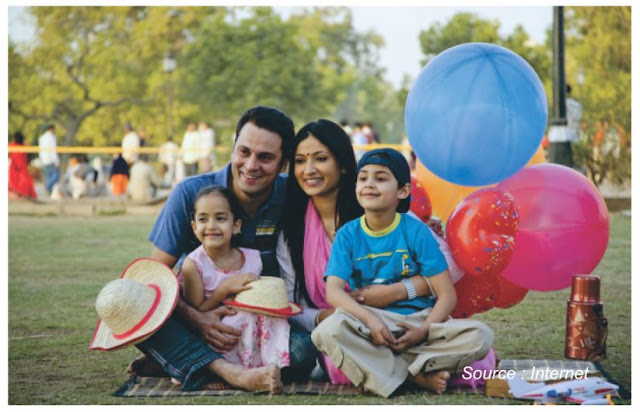 According to one of the parents, “I don’t want to bring children into this world if I cannot provide them the security to live their life,” this statement is profound in itself. In the wake of recent incidents in schools, parents are disturbed, worried and cautious. But as we see, children are more prone to harm by near and dear ones, so do not trust anybody in case of your child security.

Teach your child about basic good touch, bad touch scenario using tools, self or any other means. At the same time, it’s equally imperative to not to instill fear of people in children. We need to strike a balance in teaching them and not bombarding them with fear-laden jargons on their impressionable mind. God forbid, if such an incident occurs with a child, take the help of counselors to bring the child back to normalcy so that it does not leave a scar for life.

Talk to your child early and often, tell your kids to avoid strangers, teach kids to yell with specificity, teach your kids a code word, and keep a watch on your kids.

According to Nelson Mandela, “ Safety and security do not just happen , they are result of collective consensus and public investment .We owe our children, the most vulnerable citizens in our society a life free of violence and fear.” 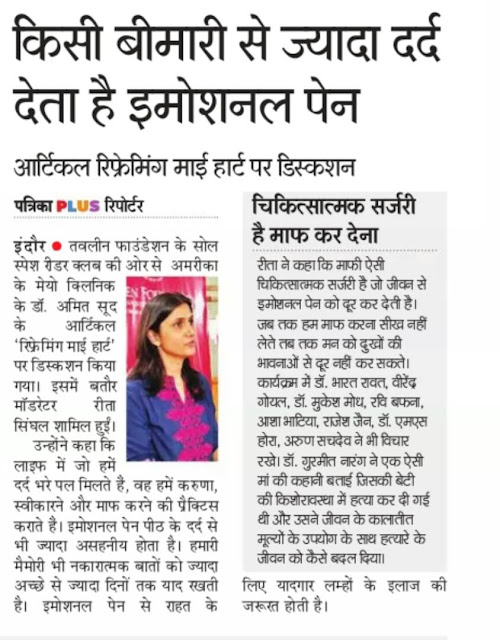 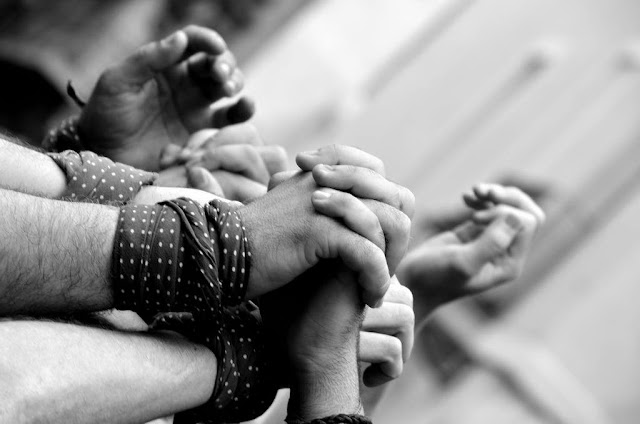 Helping Others, Helped Myself as well, See How?

Often when I think " I am helping someone", actually I tend to help myself as well. This revelation gets manifested in some way or other. my so-called help to others with no expectation attached, result in some kind of improvement in myself or some new opportunity found or some new experience earned. some time back I arranged a contact for my friend through a friends' friend help, that contact turned out to be more resourceful for my work later. so I am helping myself more by helping others. New research is providing more and more evidence that kind and helpful behavior cause us to feel that our lives are more meaningful. 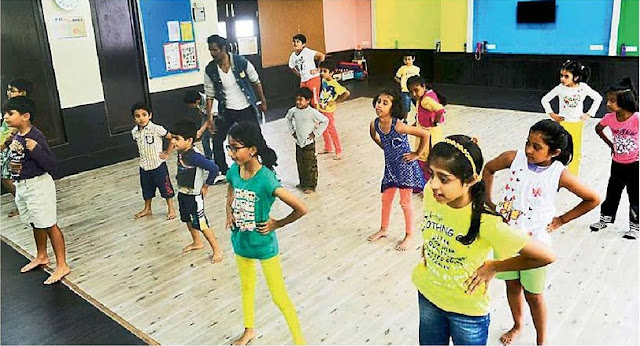